Notes: Hi Brigid, this article was originally written by me - Gary Sun

‘The Proposition’ And The Exploration Of The Australian Western Genre

In the nineteenth century, the Australian mainland started to be colonized by the Europeans. This period of history is composed of barbarous racial and intra-racial massacres, atrocities and countless people’s blood. The 2005 film ‘The Proposition’ directed by John Hillcoat and screen-scripted by Nick Cave is one of the rarest remarkable texts, which highlights the status of Australian Western genre in the world literature. Through the ingenious use of camera and narrative structure, ‘The Proposition’ authentically depicts the complexity and destructiveness of the modern Western civilization on Australian continent and thus leaves us to reconsider and reevaluate this specific period of history.

‘The Proposition’ tells a fictional story of the British Captain Stanley making a deal with Charlie Burns in order to stop his older brother Arthur’s outrages in town. Charlie has to kill Arthur, otherwise his teenage simpleton brother Mickey will be hanged for rape and murder on the approaching Christmas day. In this essay, the text will be discussed in terms of genre, especially by analyzing the last scene: While Captain Stanley and his wife Martha are having dinner for Christmas, Arthur invades their house and violently turns everything into chaos, and later is shot by arriving Charlie.

The genre of the text is generally classified as Western. Since Western genre was initiated by great American directors John Ford and Howard Hawks during twenties of the last century, Western films have always been linked to the Hollywood. ‘The proposition’ as an Australian version of Western genre, obviously shares many similar elements with the American ones. In the last scene, we can tell those characteristics from the vast and desolate desert outside Captain Stanley’s house, Arthur’s revolver, Charlie’s horse and the tragedy of Captain Stanley who symbolizes the power and authority of the colonial government.

However, Australian bushrangers should not simply be considered as equivalent to American cowboys. According to Jack Sargeant, ‘the American outlaw is pursing a variant of the American Dream, albeit by amoral means, while the Australian bushranger is simply trying to survive against the odds, driven to his cold circumstance’ Hence, Australian Western is perceived as a new genre by combining American Western elements and the unique historicity of Australia together; a new genre which is often named bushranger film. Often the heroic and romantic depiction of outlaws is mythologized and reinforced in classic American texts, not as the authentic reflection of the history. However, in ‘The Proposition’, this idea of heroism is challenged and even rejected. Instead of being legends, bushrangers in ‘The Proposition’ are depicted as ordinary human beings who also make mistakes and bear moral ambiguity.

For example, Arthur is rather portrayed as a romantic and poetic figure in the text: he gallops across the vast desert to rescue his brother; he sits in the sunset and praises the beauty of the nature; he seeks a perfect bond of family; he expresses once that dying alone without the people he loves is horrifying. However in the scene where he takes his revenge on Captain Stanley for the proposition by asking his subordinate Samuel to sing while raping Martha in front of Stanley. When Charlie tells him that Mickey is dead, Arthur doesn’t seem to care and continue praise Samuel’s singing. The image of Arthur suddenly becomes ambiguous. Arthur’s charm and humanism seem to evaporate. Instead, he is turning into a hateful viper.

As the centered character, Charlie’s experience is much more complex than punishing the despicable. He is given the most difficult question in the world: he has to decide which of his brother is going to die. He fails to shoot Arthur on several occasions which demonstrates his struggles. After Mickey’s death, he arrives at Stanley’s house and therefore finds out Arthur’s atrocity. Even though Captain Stanley has breached his proposition, Charlie helps to stop the ongoing tragedy by shooting his brother to death. Charlie’s movements and attitudes are seen as righteous and enlightened since he tries to stop the continuation of violence in town. In fact, however, this character is trapped by great confusion, helplessness and self-contradiction. ‘I’m going to be with my brother.’ Charlie says to Captain Stanley. Even though he is disappointed at Arthur, he still loves his brother. Thus his image is portrayed as passive, struggling and morally ambiguous. What he does should not be seen as a reflection of heroism, but a way to survive under the oppressive and cruel environment. As Jack Sargeant stresses in his article, ‘there is no glamour or heroism here, just the pragmatics of needing to survive over the next few weeks, days, hours, even minutes.’

More importantly, in order to dramatize the epic stories of outlaws, the authority is always depicted as corrupted, oppressive, violent and unjustified in classic American Western films. In fact, ‘The Proposition’ does reflect the brutality of Australian colonial government in Queensland as the authority figure. For instance, to civilize the place, the police office often indiscriminately arrests and tortures local Aborigines, which is referred to the process of assimilation or annihilation. Conflict definitely plays a crucial role in leading and developing the remarkable narratives of Australian bushranger films.

However, character Captain Stanley’s experience slightly contrasts with the classic brutish characteristics of authority figures. ‘I am going to civilize this place’, Stanley’s early line reveals his power and authority straight away to the audience. However, his attempt to seek for real justice shows that he is less insensitive. When Stanley’s superior Captain Fletcher orders him to whip Mickey as punishment, Stanley fights against Fletcher and tries his best to protect Mickey, not only because this would hold the proposition, but also because Stanley believes that it is unfair for Mickey to undertake the punishment. After Mickey being whipped to unconsciousness, Stanley’s talking care of him shows his kindness and humanism. Therefore this character gains some sympathy from the audience in the scene where he gets beaten up and even shot. According to Jane Stadler’s statement, ‘The Proposition’ depicts a series of obliquely related acts of interracial and intra-racial violence and retribution in which heros, villains and innocent parties are ill-defined.’ Therefore, apart from complex racial conflicts, moral ambiguity plays also a key role in making Australian bushranger genre distinctive from the American Western genre.

In addition, a unique Australian Western genre is not only conveyed narratively but also cinematographically in ‘The Proposition’. The text uses the Australian landscape to draw a distinction between Australian and American Western films. Since the story is set in the outback Queensland in the nineteenth century, with the scenery of the desolate and bare desert with numerous flies and unbearable heat, ‘The Proposition’ depicts Australia as an inhospitable and uncivilized ‘fresh hell’. The vast desert landscape in a endless vista is shown in the selected scene where Charlie gallops across the desert to Stanley’s house. Compared with Stanley’s ‘little England’ in the middle of the desert which symbolizes civilization and modernity, the Australian continent seems to be full of dangers and unknowns. This is linked to the argument that, instead of defending something against injustices, Australian bushrangers are more concerned to survive from the dreadful environment. Interestingly, the use of landscapes in ‘The Proposition’ does not only contrast internationally but also intra-nationally. Compared with other Australian bushranger films such as ‘Ned Kelly’, landscapes in ‘The Proposition’ is bright and contrasting in colors. As Rebekah Brammer mentions in her article, ‘silhouettes against blood-orange sunsets are also used at salient point in the story.’ In the selected scene, Arthur sits in the magnificent sunset while bleeding to death. His sad demise contrasted with the landscape emphasizes the conflict between brutality and beauty echoing on the continent.

In conclusion, ‘The Proposition’ tells its own western story of Australian and more focuses on the authenticity of the brutal Australian colonial history rather than mythology of classic outlaws of Hollywood or famous Australian bushrangers such as Ned Kelly. It really brings Australian western genre into a new level, distinguishable from Western stories elsewhere. As the screen-writer Nick Cave says in an interview, ‘we didn’t want it to sound like an American western that had been dumped in Australia. There is a certain incompetence that exists in the Australian character today, a real savagery and cruelty behind that kind of attitude.’ he adds ‘this film is about an isolated community, people struggling in a place where they really have no right to be.’ 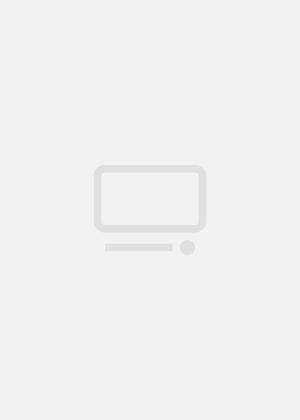